Jan Gehl and the human scale

Update, 12 Dec: the Danish Embassy is pimping Gehlism in the UK, and the man himself appeared at a Guardian event on 9 Dec. Here’s my Storify – more to come on CPH as it is lived in 2015. On a recent Urbanist podcast the approach was described as turning cities into retirement homes…come 2020, David Sim’s Soft city? Politiken is more critical…

Update, 1 May: a couple of quotes from a Gehlite’s trip to London helps to clarify where we part ways: “is it possible to transform a polluted and neglected railway area in the middle of London into something truly nice?” and “as fond as we are of walking, the vastness of the Olympic park and the scarceness of distractions, managed to make our feet and legs growl”. Many CPH developments arouse the same reaction in me as this on why new urbanism is so creepy.

Update, 30 March: Magasinet KBH does a TOP+FLOP series, asking Copenhageners for their likes and dislikes about the city. A big cheer herfra for cartoon artist Philip Ytournel, who finds the city lacks dynamism and diversity. Cities shouldn’t be neat and tidy. He wants the trams back, plus more cars and skyscrapers. To him pedestrianised Strøget is like tiny town Vejle, or a shopping centre without a roof, while Ørestad is provincial, overplanned, dismal, windy and cold.

Came across Jan Gehl in Politiken in the autumn, then in week 5 of the Designing Cities MOOC on communicating in cities. With RIBA and the BBC about to rehabilitate modernism, let’s check him out.

[Gehl has spent]…countless hours walking the streets of cities around the world, studying life beneath, between and around buildings. “Man was made to walk…all our senses are made for being a walking animal – for that speed, for that horizontal perception – and when we are in that natural environment that we are meant for, then we can watch and talk and kiss as we were meant to as human beings”…the need for the city to be an ‘invitation’ to spend time, a welcoming and sustaining place for people to live. “A good city is like a good party – you know it’s working when people stay for much longer than really necessary, because they are enjoying themselves.” (in Melbourne)

For a place to work you need “something to look at, something to sit on, somewhere safe and clean – where you don’t have to buy anything.”

Gehl’s 2011 work in Edinburgh (Riccardo Marini is City Design Leader), which I know well over decades, is interesting. His ideas for Princes Street would represent a radical change in the nature of the street. Is Edinburgh a city or a village? There’s a difference. Princes Street is unique in that one side is a park with views of both Edinburgh Castle and the Firth of Forth. It doesn’t need pavement cafes.

His latest book, Bylivsstudier (How to study public life; foreword by George Ferguson) presents a public life study toolbox, with examples illustrating how by understanding people’s behaviour and systematically surveying and documenting public life our emphasis can change – here’s some before and after pics of Copenhagen: 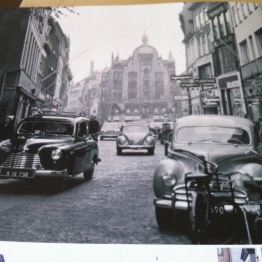 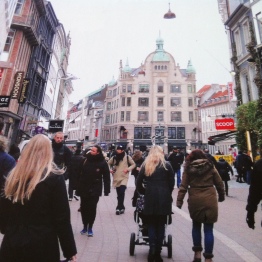 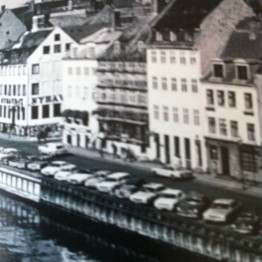 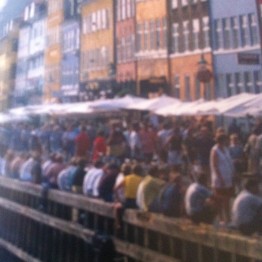 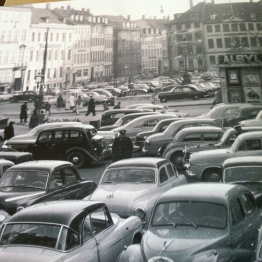 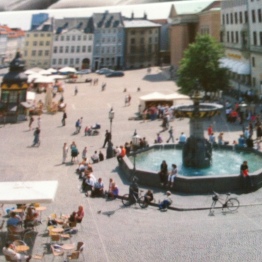 Copenhagen has successfully moved from a “traffic place to a people place”. Hmm. While it’s hard to imagine Strøget with traffic (for starters it’s not very wide), now it’s the same depressing retail experience as any other pedestrianised precinct (or ‘walking street’), and there’s no other reason to go there. Some of the other central streets are devoid even of that level of life – Indre By is a strangely deserted place, and it’s only when the streets open out that there’s a feel of movement or buzz. Update: see these before and after pics from Copenhagenize – objectively, a mixed bag? I’m certainly not seeing anyone “choking on car exhaust or diving to safety from vehicles”.

The council’s annual urban life account (Bylivsregnskab) aims at more city life for everyone, with more people staying longer in the city and walking more, but is this leading to an over-planned version of city life, even social engineering  – one size fits all? The preface to the 2012 account highlights two problems: the city hibernates for up to six months of the year, and it’s all about ‘play’. I’ll look more at these issues in another post. For now, see a different sort of before and after on Kultorvet, and Strøget in 1972, bye bye trams… 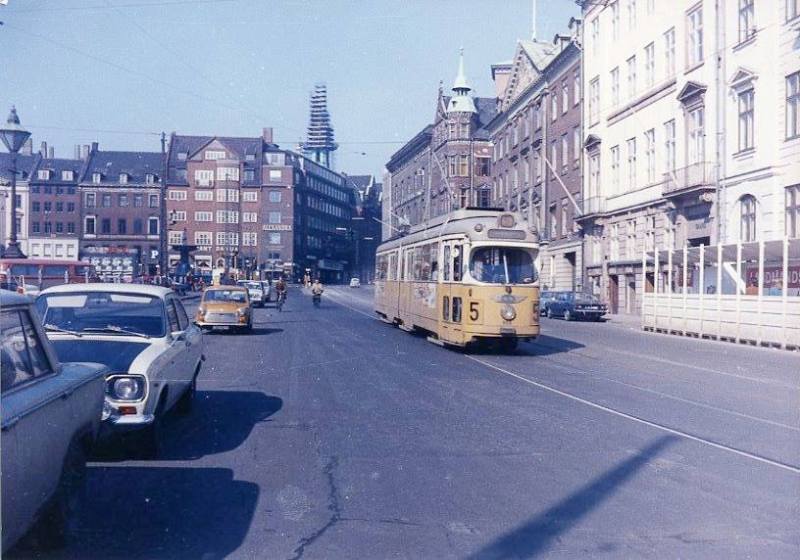 There is something in the theory, but as ever it’s babies and bathwater. It feels like a flattening approach, with nothing to strive for, no room for imagination. Plus at the moment it’s one of those things which make me a bit suspicious as there’s no critique to be found.

…transformed from a city where we once rushed to the office and back home again (“like ants to their various places and when they are finished they go down like ants down in the hole again”) to “a city which really is very inviting for promenading, and for lingering and sitting and enjoying (Melbourne again)

According to Jan, and often quoted, the human is a “small, sensitive and slow creature with a speed of 5km/h”, needing stimuli at eye level every 4 seconds. Distance between stimuli is key – public distance: 3.5 – 10m, social distance: 1.3 – 3.5m, personal distance: 0.5 – 1-3m, intimate distance: 0 – 0-5m. The social field of vision: 0.5- 100m. What distance should city places strive for? A 5km/h environment is made for walking through, a 60km/h environment is made for driving through. And  how do you accommodate a range of city preferences?