On Sunday I went on the Danish Architecture Centre‘s Bedre Byggeskik i Valby walk, the first of three walks hosted by DAC as part of CPH’s Golden Days Festival themed around World War One. Unlike most of DAC’s walks celebrating the shiny and new this walk looked at the Bedre Byggeskik/better building movement, set up in 1915 to encourage good craftsmanship in the building of social housing.

On the old road to Roskilde, Valby dates back to the Middle Ages. Until 1901 it was part of Hvidovre, but with industrialisation and not least the development of Carlsberg it was drawn into Copenhagen. I’ve always liked the area – it feels more ‘normal’ than the regularly feted parts of Copenhagen, neither hip nor pretentious, almost like a northern English town in a no nonsense, let’s get on with it sort of way. There’s life about the place, plus a sprinkling of urban grit.

Turns out there may be a reason for this – large areas of housing were built and laid out following the ideas of Ebenezer Howard and his garden cities, resulting in low density and room to breathe. The only drawbacks are the size of the gardens, meaning the houses are pretty close together, and some are now pretty close to the railway lines, with local lines plus the main line to Roskilde passing close by.

The walk was led by Nan Dahlkild. Both the Bauhaus, in particular its early stress on craftsmanship, and the Garden City movement got frequent shout-outs during the walk, which also benefited from contributions from a couple of locals. Those now much sought after one family homes were previously occupied by one extended family per floor, with a famous photo showing all 28 occupants of one house posing in the garden.

Bedre Byggeskik supported developments built by byggeforeninger, of which there were seven in Valby, with members drawn from particular trades. The literal translation of byggeforening is building society, but here they did the building as well as the financing.

With re/development focused on the Carlsberg area on the border with Frederiksberg and the metro nowhere in evidence, the area is thankfully currently free of building sites. We’ll have to go back, although green areas for the beags within these residential areas are at a premium, with both Valby and Vigerslev parks, which we already know well, to be found on the edges of the district.

For some wonderful old photos (trams!) and the latest developments in the area see Valby og København, før og nu. 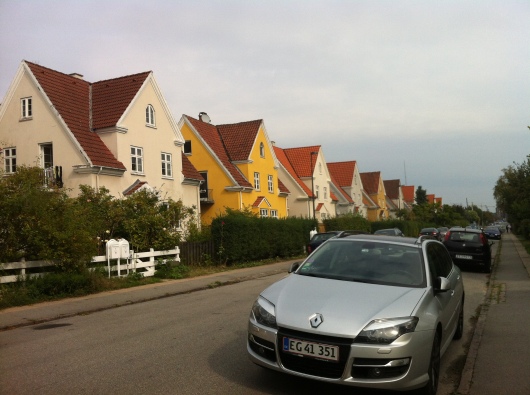 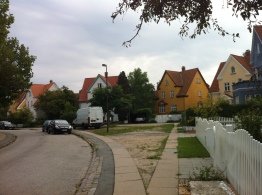 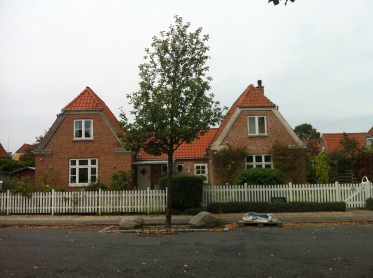 never far from the railway 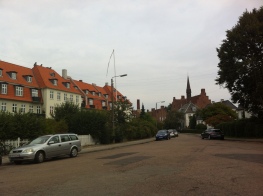 that road could do with resurfacing 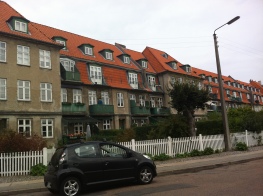 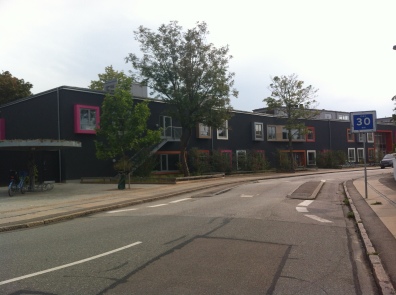