Oh, Vienna! Cultured up to its eyeballs, endless and various delights across the whole artistic spectrum. Enough for a lifetime, I should think. I paid my third visit in January 2015, this time with an architectural slant. 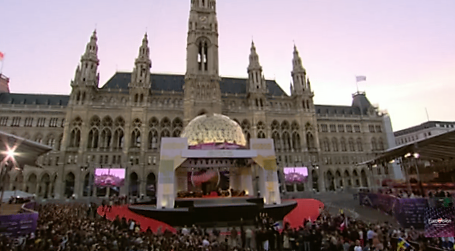 Vienna in a nutshell (50 photos)

After WW2 Vienna became something of an outsized backwater, further east than both Prague and Berlin and cut off from much of its cultural hinterland by Cold War borders. But it’s definitely back, regularly one of the world’s most liveable cities.

So much of what was beautiful, horrible or merely silly in our times originated here, and most of it was thrown away: Esperanto, pan-Germanism, Zionism, dental technology, consensual sado-masochism [to name a few]…

For we want memory in Europe, but not its evil or painful consequences. Knowing and not knowing…had become our ideal state, reflected in the absurd but pervasive conception of ‘heritage’, affixed to any site tasteful enough to accommodate paying visitors…Historical memory was replaced by the organised sentimentalism of Heritage Culture, [and] much of Europe was beginning to seem distinctly Austrian.

The terrible destruction wrought on Vienna at the end of the Second World War has been seamlessly repaired; the city’s more obvious charms are once again purveyed to an endless stream of undemanding tourists: coffee houses, classical music, and the gilded trappings of the imperial court. It seems that the Viennese themselves and their visitors all prefer it this way.

What Elfriede Jelinek calls ‘the high culture lie’ is what keeps the tourists pouring in. 2015 saw the 150th anniversary of the Ringstrasse, the 5.3km long, 57m wide street which replaced the city walls in 1865 and changed the city forever. One of a kind, the Ring houses all the capital’s key buildings side by side on a single street, a living historical record. Let’s cross everything that it doesn’t get an out of scale Gehl treatment.

I did the Ring circuit mainly via the medium of statuary: 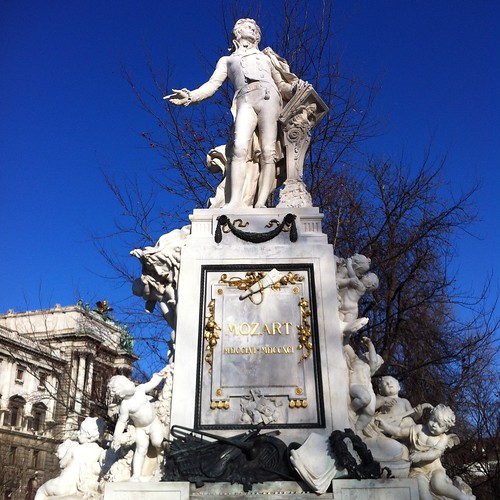 Starting at Urania and working clockwise brings you in no short order to MAK, the museum of applied arts, with its superb sofas, offering a nicely timed Ways to modernism exhibition. The mastodons from around 9 o’clock onwards are not really to my taste – the Parliament (1883), the size of three football pitches, uses the same amount of electricity per day as that used to power a family home for seven months. But things pick up with the final building on the circuit, the Ringturm (1955), and the second ring boasts such delights as the Secession (homage) and the Wien Museum.

The Blue Danube may well disappoint, as the river proper lies well north of the city centre. In the 1930s the Donaukanal, the diverted stretch found in the city centre, was Vienna’s Riviera, and efforts are underway to recreate the walkway. For a more urban experience walking across the Reichsbrücke and over the Donauinsel, in our case in the teeth of a typically central European icy blast, takes you to the 1979 UNO City and Donau City, its contemporary neighbour. 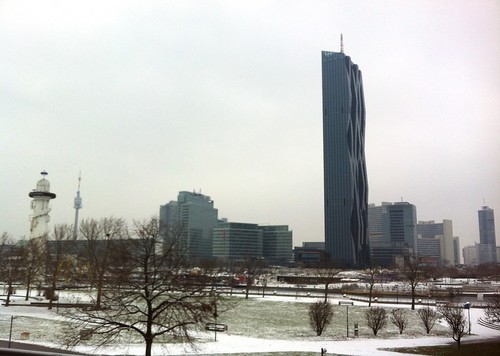 With countless international organisations and companies based in the city there’s a definite cosmopolitan feel which goes beyond the tourist hype. Vienna has a big city buzz and an extensive public transport network, making the most of that Teutonic triple of U/S bahn and trams.

Just as importantly, you can feel the walking love, even with snow on the ground. The tourist office offers the world’s best walking leaflet, with details of an extensive year round programme, guided and self-guided, in both German and English, while Vienna in three days includes two self-guided walks to ensure the confused don’t miss anything, plus sights outside the city centre and other basic bits and bobs.

The regularly updated listing of guided tours includes walks themed around The hare with amber eyes and The Third Man, while self-guided options include walks around the green belt and Haydn and Klimt walks. To top it off, 2015 was even Vienna Year of Walking (see Wien zu Fuß), culminating in the Walk21 conference in October, with over 600 delegates from 40 countries.

We wore out our copy of the modern architecture leaflet, produced in conjunction with Architekturzentrum Wien, whose portfolio includes an architectural scandals tour.  The Wien Architektur portal has updates on architecture related events in the city and an online tour planner. Highlights: Das rote Wien esp Karl Marx Hof, Ernst Mayr’s Hauptbücherei (2003). (See Jones the planner for a rather more comprehensive guide, plus new! Adrian Yekkes.)

We had a definite Hundertwasser moment, spending one hour in a driving snow at his municipal waste incineration plant. Impressive examples of adaptive reuse include the Wiener Gasometer. Sadly we missed Vienna’s famous flak towers. Of the six (three pairs), one, Haus des Meeres, has been in use as an aquarium (with climbing wall attached), since 1957, while another is used by MAK for storage. One reason to go back! 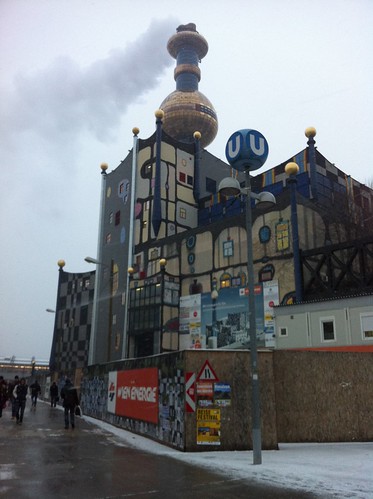