Tingbjerg: the housing estate at the end of the bus route

Updates: a recent visit (see photos) revealed the council’s latest initiatives, with ‘ghettoisation’ replaced by densification – Lille Torv, the shopping parade at the entrance to the estate, is to be pulled down and replaced by private housing, with the same treatment in store for Store Torv; farewell lys og luft, with 1000 new homes planned even between the existing blocks…meanwhile the library-cum-culture centre, the first new building on the estate since 1983, was finally inaugurated on 1 Oct, and on a more celebratory note Menneskebyen, an exhibition in Nikolaj Kunsthal, draws on everyday lives on the estate…Danish Design Review does Tingbjerg…the 2019 CAFx Summer School (FB) is focusing on “portraying the segregated infrastructures of a post-war new town”…Arkitekten 07/19 (article & event & photos)…Jannie Rosenberg Bendsen writing book…Tingbjerg: vision og virkelighed (FB; Byrum)…new houses…

The 2016 Copenhagen Architecture Festival (CAFx) offered five events on and about the Brønshøj housing estate of Tingbjerg, designed by Steen Eiler Rasmussen (article) in conjunction with landscape architect C Th Sørensen in the early 1950s and constructed over a period of 20 years.

Only 10 km from Rådhuspladsen, Tingbjerg contains around 2000 properties and is home to over 6500 people. Situated at the top of Vestvolden where it joins Utterslev Mose, we’re talking lys og luft again, with buses gliding round the access road past tastefully designed yellow brick low rise with white shutters to the top of the estate and back again. 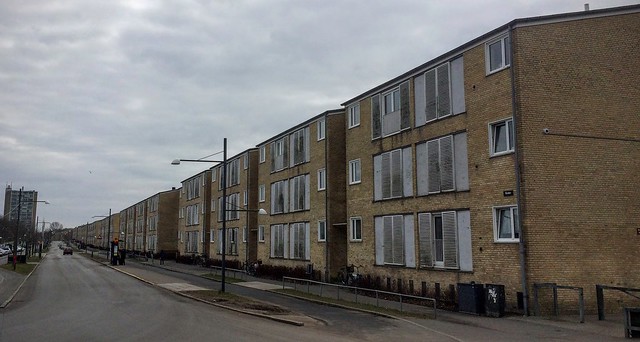 low rise on Ruten, the access road around the estate

But it’s the usual story – classified as a ‘ghetto’, Tingbjerg is currently the subject of an(other) urban renewal effort. Sticking to infrastructural issues, assorted paths lead to the estate’s allotments and across Vestvolden, but road access to both Husum, for big shopping and trains into the city centre, and nearby Gladsaxe is poor, while the Hillerød motorway creates an uncrossable barrier to the north. 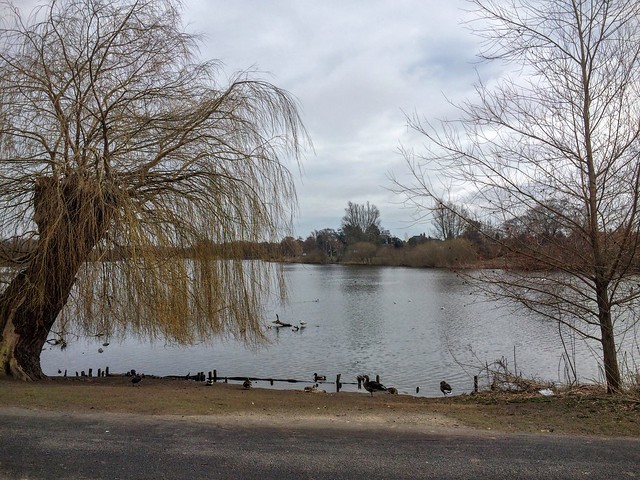 I took the 132 bus the full length of its route from Friheden, one 1950s utopian housing project on the southern fringe of Copenhagen, through suburban sprawl to another, Tingbjerg, at its northern border. The community council’s walking route highlights the major sights: Sørensen’s byggelegeplads (adventure playground), the tower block, the only building above three storeys on the estate and originally built to hide the varmecentral but today housing apartments, Gavlhusvej with decorative brickwork on the gable ends, and the unique Arkaderne blocks. 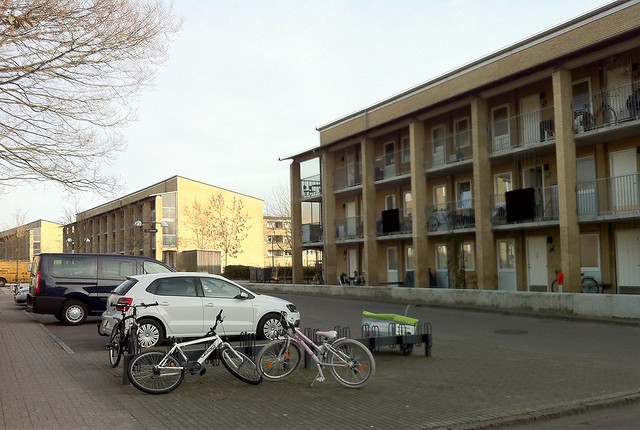 The estate also houses a church (1983) and a library (1993; CPH’s smallest). Two shopping parades offer a limited range of retail opportunities, with the smaller due to be pulled down with the opening of COBE’s new culture house. Tingbjerg school (1970) became a heldagsskole, with 35 hours of classtime per week, in 2008. 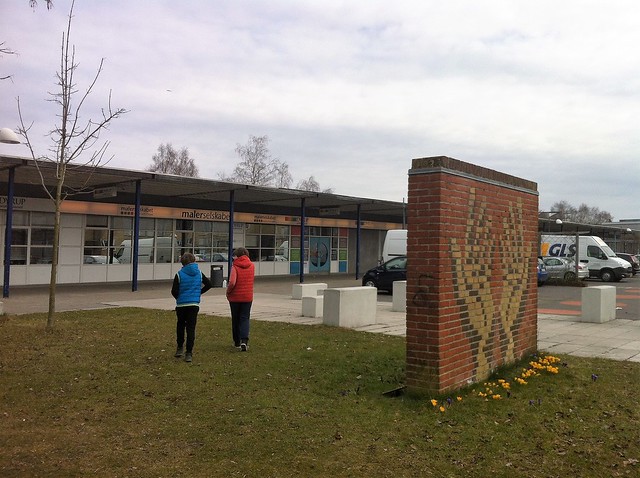 The CAFx events included a guided walk with Peder Boas Jensen, an architect who worked on both Tingbjerg and Avedøre Stationsby at the other end of Vestvolden, and a utopian suburb type seminar, with four academics running speedily through some off the peg slides as the lights came on in the tower block. 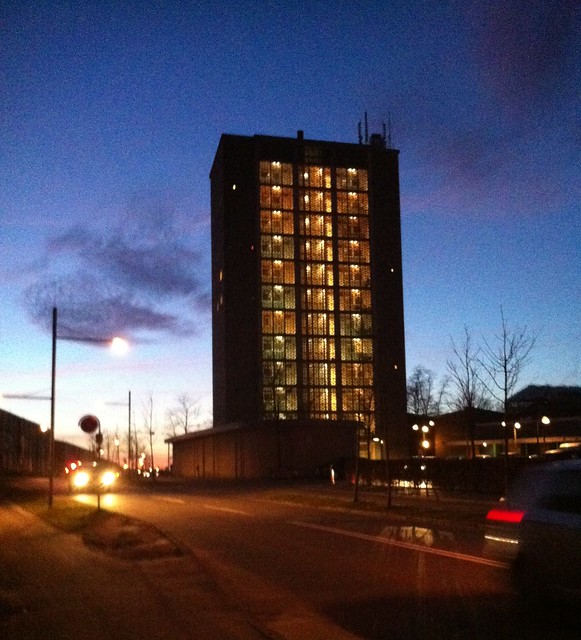 More: Tingbjerg Forum. Menneskebyen (2015 article in Atlas). Per Fly’s Bænken (2000) was filmed on the estate, while Gåafstand’s film Mønstersamfundet (2012) envisages Tingbjerg in 2039 as deserted and overtaken by the nearby mose.