Bloom: celebrating the nature of nature

Festival Watch 2017 continues with Bloom (#bloomdk | FB), a new entrant from the Golden Days stable emerging from 2015’s Open Air Academy. It took place over the Kristihimmelfartsdag (Ascension Day) weekend at Søndermarken, one of two almost conjoined parks on the Frederiksberg/Valby border straddling Roskildevej, a stone’s throw from the ‘new’ district of Carlsberg.

Themed around nature and science, the festival positioned itself as a response to the post-factual era. Speakers came from backgrounds including biology and astrophysics, with more than a smattering of sessions slanted towards ‘lifestyle’. But it was all free, benefiting from lots of lovely sponsorship, taking place in the open air on a warm and rain free weekend.

Now then, I was grateful for a copy of the festival booklet from the library to leaf through, as the website was arty rather than usable. (I’m not the only one; comments on #some ranged from “I’m too old for this” to “how smuk“.) The situation was not much improved by offering the programme as a dense 54 page PDF. And despite the number of sessions in English there was no English version – OTOH there was a lot of English appropriation going on, with the now obligatory “talks og walks” and eight(!) stages with English names (I’m appropriating Wanderlust). Plus they went a bit over the top with schematics and classifications, different types of event and something called Bloom Balls. Let’s hope someone had full control of the big spreadsheet.

While the Danes’ relationship with trees is worth unpicking, Søndermarken is known for its sylvan lovelies, and a clutch of Bloom events went beyond saplings in bags. Saturday saw Perspektiv: træer, with four speakers exploring the videnskab (lit: science; here: what we know) behind trees. There were also three tankefrø (lit.: seed thoughts) exploring the cultural history of the oak, the beech and the lime.

Hans Christian Andersen called the oak “det største og ypperste træ i skoven”, a sentiment no doubt echoed by writer Jens Blendstrup, who together with artist Ole Lejbach completed a four year Ege-ekspeditioner (oak odyssey), resulting in an exhibition which toured the country in 2015 and is now available as a book. We also had a cabinetmaker and the founder of OAK – the Nordic Journal (“echoes of the Nordic way of life”) on the oak in Danish design, plus oak hors d’oeuvres from a food artist. Ah well. Here’s a picture of Klopstock’s Oak in Lyngby instead. 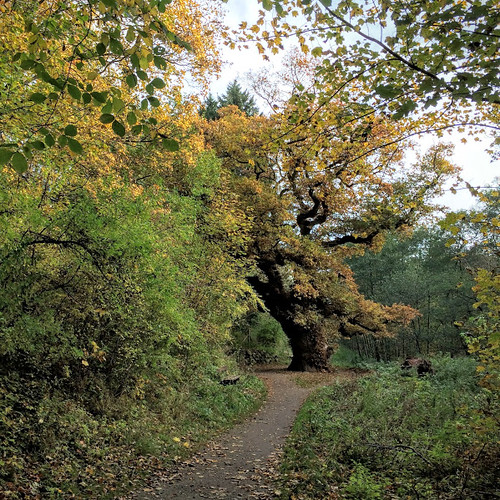 Klopstock’s Oak, where every July members of the Danish Klopstock Society meet for a reading

The beech is Denmark’s national tree, even featuring in the national anthem. Amongst Søndermarken’s beeches we find Ewald’s Beech, planted in memory of youthful Golden Age poet Johannes Ewald (1743-81), with a reed-covered parasol acting as shelter for a bench. Here though we had writer and boatbuilder Sigurd Buch Kristensen, a biologist and an architect, who posited the question of whether the Danish chair is an invasiv art. Plus beech snacks. In lime corner we had inter alia Neal Ashley Conrad on Proust and lime blossom tea dipping, and sessions from a landscape architect and an entomologist. You probably had to be there. 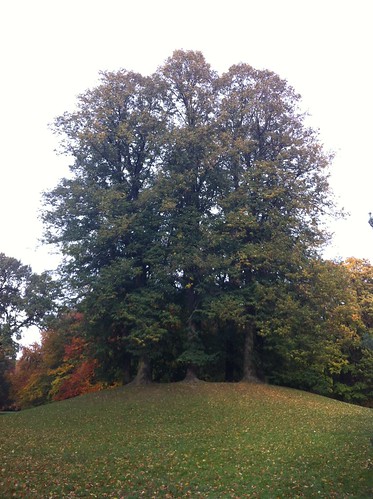 Lindehøjen, a group of limes on an artificial mound, site of Bloom’s Sound stage

Moving on, the walks n talks included lots of sciency stuff, with ant and bat walks for good measure, and three representatives from Denmark’s slim walking canon. Bakkehuset’s Gertrud With led off with Adam Oehlenschläger (1779-1850), author of the national anthem, who as son of the nearby palace’s steward had Søndermarken as almost his private playground. Famously, following a 16 hour walk with Norwegian philosopher Heinrich Steffens he composed Guldhornerne, a 1200 page epic poem, in one sitting.

Next up, RUC’s Dan Charly Christensen went for a walk with Oehlenschläger’s contemporary, the physicist Hans Christian Ørsted (1777-1851; of inter alia the eponymous park), who held Kantian beliefs about the unity of nature and the relationships between natural phenomena. Even more physics on the final walker’s walk, led by Henrik Bohr, grandson of Nobel prize winning physicist Niels (1885-1962), who lived for 30 years just round the corner in JC Jacobsens æresbolig (now Carlsberg Akademi) and made regular head-clearing walks in the park. 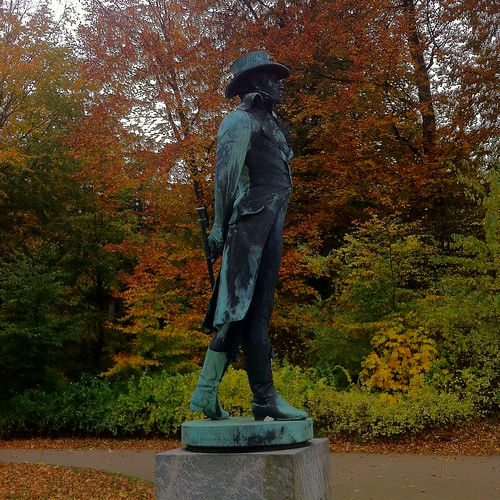 Adam Oehlenschläger, patron saint of Danish walkers, at the top of Valby Bakke

Frederiksberg was part of the same parish as Hvidovre until 1857, while Valby was not handed over to Copenhagen until its 1901 land grab, so it’s interesting to note that garden designer Marcus Friederich Voigt made a trial run for Søndermarken at Holmegården, just north of the 12th century Hvidovre church, in 1794. Clearly a spot of some note, a great-grandmother of Karen Blixen was installed in the manor house by her lover in around 1810, where she gave birth to three children. In 1833 the house was bought by Søren Kierkegaard’s great uncle, who owned it until 1853. (Our local museum notes that records do not show whether Søren visited Holmegården – but he could have done). Sadly, the manor house burnt down in 1931 and the garden has long since been built over.

Originally designed in the best Baroque style for Frederik IV in 1709, Søndermarken was laid out in triangles around three long avenues in a ‘goose foot’ system. This layout can just about be detected in the surviving path network. FVI’s 1795 redesign incorporated the latest Romantic motifs such as a hermit’s hut, a Doric temple and a Swiss cottage, plus waterfalls and grottoes. Open to the public from 1852, people flocked from the increasingly built-up centre of Copenhagen to admire the view from the top of Valby Bakke, one of Copenhagen’s highest points at 31 metres above sea level, and to enjoy a picnic on the Smørrebrødsplænen lawn.

After falling into decline Søndermarken’s Romantic features were restored in 2012, with the addition of 21st century essentials such as climbing frames and exercise areas, plus a small dogs run free area (unfenced). Today you are more likely to see lycra clad joggers than poets or physicists taking a constitutional. It’s a nice corner of the city, but surely destined to become the playground of escapees from the hyper-dense new area around Carlsberg.

(Talking of playgrounds, the forthcoming CPH Stage has a clutch of performance style walks around the theme of the city as stage. Of passing interest are OmniPresence on surveillance culture, Inge Agnete Tarpgaard’s walking workshop and Cantabile 2’s Hidden Number.) 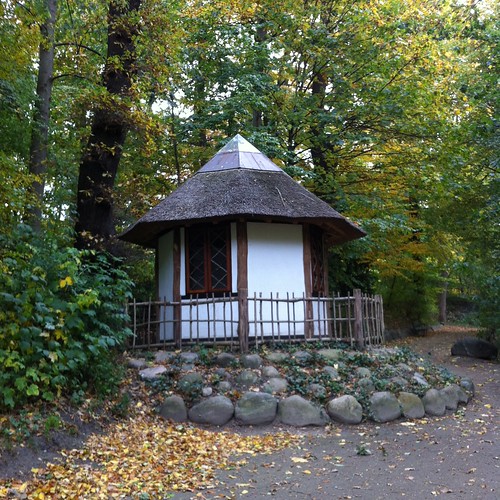