Updates: unimpressed review of this year’s Art Festival…A wall is a screen, combined walking tour and themed film night, in Leith…talking of the festival, we have artwashing and over-tourism (it was ever thus), plus the council’s call for a tourist tax…Glasgow Doors Open Days Festival inc 39! walks and a pop-up hub as part of Doors Open Days throughout Scotland…see foot for ArchiFringe 2019…Art Festival 2019 pics…ArchiFringe on YouTube…The cancellation of the Edinburgh festivals has given the city a chance to rethink them…

Second post (first: EdFoc) in my series of posts on events #not_here, looking at ArchiFringe (@archifringe), taking place for the third time in Edinburgh and across Scotland.

Edinburgh is, of course, The Festival City – it used to (at least) announce itself thus on a signpost on the A90, not far from my family home. It being 2018, such analogue delights have been replaced by a wide-ranging website, listing ten or so annual festivals including The Fringe, the original ‘alternative’ festival. The Fringe has begat further fringes, including Book Fringe and Architecture Fringe (@ArchiFringe), the latter a response to Visit Scotland’s Year of Innovation, Architecture & Design.

This year’s ArchiFringe took place in June, with the obvious point of comparison of CAFx. Walking Heads hails a “bold and creatively challenging menu, with unexpected happenings in both likely and unlikely locations” including “an echoing Cumbernauld underpass” (celebrating the new town) and “forgotten parts of Kelty” (street art; 2019: This is Kelty).

Having grown up in Edinburgh, the place names resonate across the North Sea, even as the places change. Many a time I have hopped on the Kelty bus, enjoying its non-stop surge down the Queensferry Road before hopping off at the Barnton Roundabout. Now when I go back it’s a process of revisiting half-remembered places and finding new ones; the Dick Vet as Summerhall, Lauriston Place Fire Station as event location, hosting a Pecha Kucha Night.

There are commonalities to be found too, with a different take, a different lens. Copenhagen’s brokvartererne have their parallels in Edinburgh’s tenements, once torn down and now gentrifying, creating a need for affordable housing.

The festival’s theme/provocation of COMMON/SENSES invited that British favourite, the play on words, and some diverse responses:

Ironically, fewer commonalities here, given the local ‘one size fits all’ approach and lack of delight in the edgy.

Creative kudos to Shore 2 Shore (poetry, in Dunoon!), to Sarah Calmus for the Uber Dérive, and to Jenny Knotts for Architext, memories of Glasgow’s Citizens Theatre as a play script in the form of an architectural plan:

Just been to @Jenny_Knotts wonderful exhibition on @citizenstheatre – it's on 'til 8pm tonight so you might have time to catch it!! pic.twitter.com/fMJm4p68bC

Finally, the irresistible Baby Pianodrome (own site), an amphitheatre made from 50 upcycled pianos, to be found in the Botanics in August:

Where I feel less at home is with bothies and ‘hutting’ (paging David Cameron). Like Gaelic on road signs, the bothy-as-lifestyle trend seems to have emerged since I flitted to Denmark. ArchiFringe featured The Shieling Project, which doesn’t exactly capture the remoteness anticipated, resembling rather an idealised edit of hygge combined with an update of the ‘wilderness’ hut more likely to be found in Scandi proper (ie the other side of The Bridge) or Finland, yet one more tie-in with general Nordic envy.

You want more? See Antiuniversity Now’s Solus and the city, a small ‘solitude shed’ based on a bothy, in err…East Dulwich, and the Bermondsey Bothy. The Royal Scottish Academy has a forthcoming Bothy Night, celebrating Shelter Stone, a bothy book “made from 70 per cent recycled midge trap waste” (that’s surely a joke). We are now heading into full commodification, not least with Shed of the Year.

More gratifyingly, Alec (son of Iain Hamilton, creator of Adorno’s hut) Finlay has picked up the hutting ball and run with it, “responding to rewilding, ecology or the renewable avant-garde” with Hutopianism, part of Machines à penser at the Prada Foundation, a fringe event at this year’s Venice Biennale.

Where I find a sad lack of melancholy in the prevailing Danish discourse, here a brace of events (Chez Etym & more, Repurpose idea) celebrated the role of memory in constructing the present, and the future, of place. And where I sense a smoothing out and flattening of complexity here I find ‘comfortable chaos’ (Urbanistas), dissent (Pecha Kucha GLA) and disruption (Salon des Refuses), heralding new styles of living rather than a cradle to grave comfort blanket, ghettoised by age, with life starting and ending in an institution (update: see a caring place: presentations | case studies | notes).

One of the beautiful models made so far today by a participant at our Architect for a day event @SSSMuseum #macintosh150 #archifringe pic.twitter.com/bVjqLb4xUz

#Repost @localheroesdesign with @get_repost
・・・
Care. Caring about things. From refugees to back lots – this was the takeaway from this year’s closing lecture – full of optimism and hope at @archifringe 2018 with fantastically rewarding talks from de… https://t.co/esS0wqG6Ld pic.twitter.com/ICbXw4uqjw

ArchiFringe 2019: theme/provocation In Real Life, hubs at The Lighthouse (@The_Lighthouse; tweet & another) & Custom Lane (@CustomLaneLeith), and an in-need-of-an-edit podcast. Lots of creative, provocative and unsettling approaches to place, esp:

ArchiFringe 2020 was rolled over to 2021 even pre-Corona. Their April 2020 newsletter compensated with a roundup of the 262 pies they have their fingers in, ranging from “the Test Unit summer school and the Voices of Experience project on professional women to student-produced magazines Crumble and -ism, plus the expansion of discourse by Missing in Architecture and the call to arms by the Anthropocene Architecture School”. The vision “to help create one of the most plural, critical and progressive communities of architectural culture in the world, anchored in the wider common good” resonates.

New: Graduate Showcase 2020 with 170 projects from students from Scotland’s five Architecture and Landscape Schools, in conjunction with ScotPortfolio. 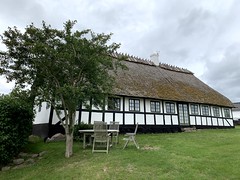 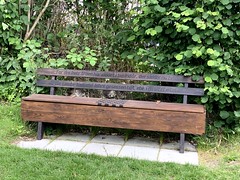