I don’t do Vikings. Way too much Game of Thrones about them–heck, I’m a (self-)critical modernist, Vikings were done and dusted in Primary 2. But Vikings and place–that’s different.

Sunday was Fortidsmindedag, which like many of these nominated days seemed to have passed most by. After taking a look at Smutturen.dk, rather limited on Sjælland it turns out, we settled on Skjoldungernes Land around the village of Gammel Lejre, on the edge of the 30 minute driving zone (incidentally, Google GPS lady, where have you been all this time? Arguments over, even if some of the pronunciations are a bit head-scratching).

Skjoldungernes Land, nominated a national park in 2015 and home to a clutch of burial mounds and a stone ship made of standing stones, is named after the Skjoldungerne dynasty. According to the sagas the Skjoldungerne (trans: the Scyldingas) were the descendants of Skjold, son of Odin. Enough already. Here are 10 thoughts arising from our trip. 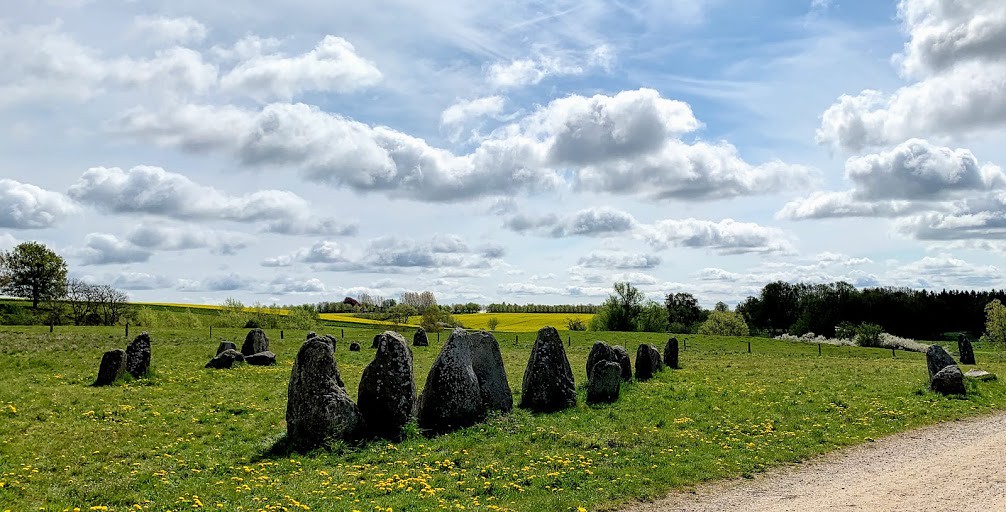