Brøndby Strand: stories from the block

On Sunday we visited a pop-up exhibition in a flat on the 15th floor of a condemned tower block in Brøndby Strand, a suburb to the south west of Copenhagen.

Close to the coast and previously a summer day trip away for working class Copenhageners, the area was pencilled in as the thumb in the 1947 Finger Plan. Development was in full swing by the time the first train stopped at Brøndby Strand station in 1972. Today the flatter-than-flat landscape is dominated by 12 tower blocks placed in four groups of three along a 2.5km esplanade, the last examples of large scale system building in Denmark. 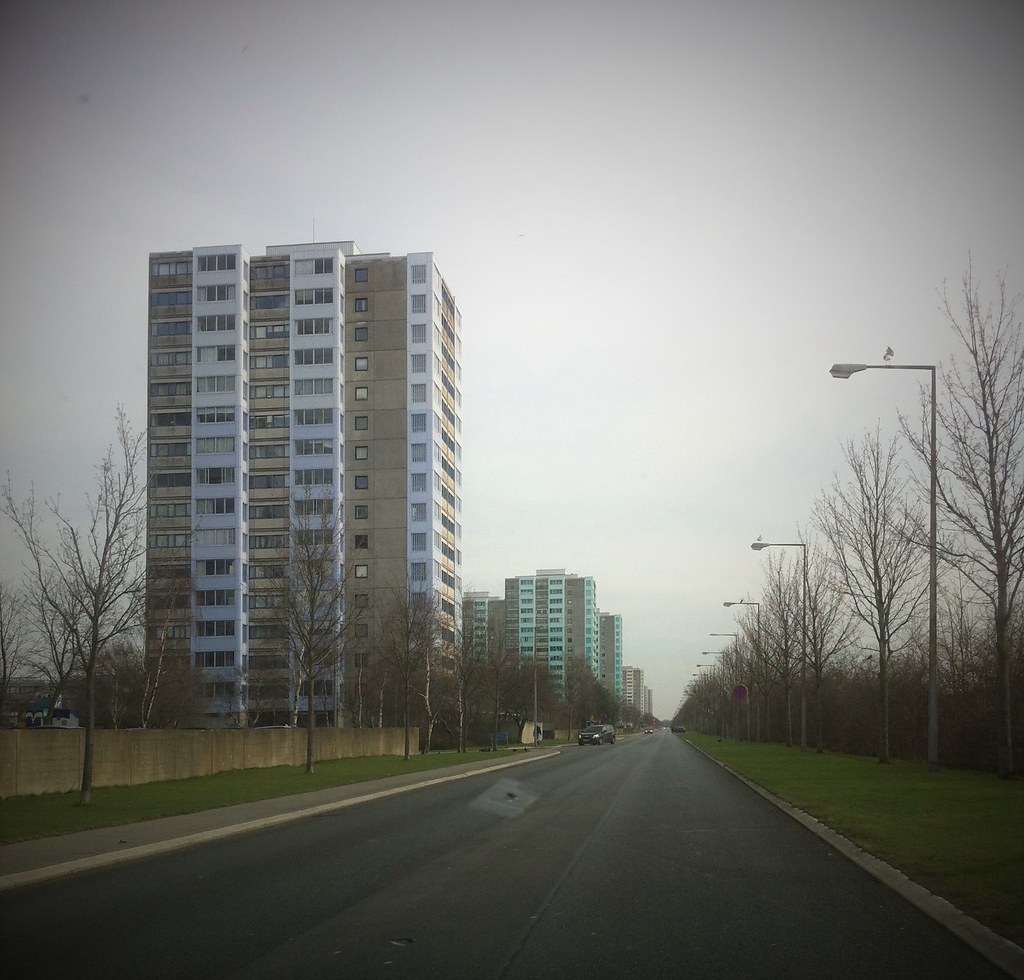 Housing around 8000 in total, between the blocks is low rise housing (four-storey blocks of flats and some terraces), the whole thing connected by an elevated deck running the full length of the development–one long street in the sky, raised over the arterial road. Largely traffic-free and with mature landscaping, particularly in the courtyards around the blocks of flats, in places it could almost be an architect’s visualisation of a desirable neighbourhood for the middle class Danish børnefamilie.

But as elsewhere 40 years have not been kind to the concept of the peripheral estate, and Brøndby Strand is the typical story of the vision which became the place no one wants to live. While several waves of regeneration have softened its 1970s edges, the estate still feels rather out of time. The deserted main road brooks no pedestrians and your route from a to b is planned in–no desire paths here. Compared to today’s high density developments it’s quite a hike to get anywhere–the school is at one end, the station at the other, and the beach even further away to the south. And now five of the 12 blocks are due to be torn down, due to the presence of PCBs in the fixtures.

What this story cannot hide is the fact that Brøndby Strand is, and has been, home to thousands, not least the migrants and their descendants who live there. Representatives from over 80 countries live in the area, reflected in the services on offer in the church: 10am: Folkekirken. 12pm: English. 2pm: French. A set of walking routes based on residents’ stories, accompanied by 32 short films, paints a picture of a lifestyle centred around open space and diversity, increasingly in short supply in high density Copenhagen. (Curated quotes from the films were on display at the exhibition.) 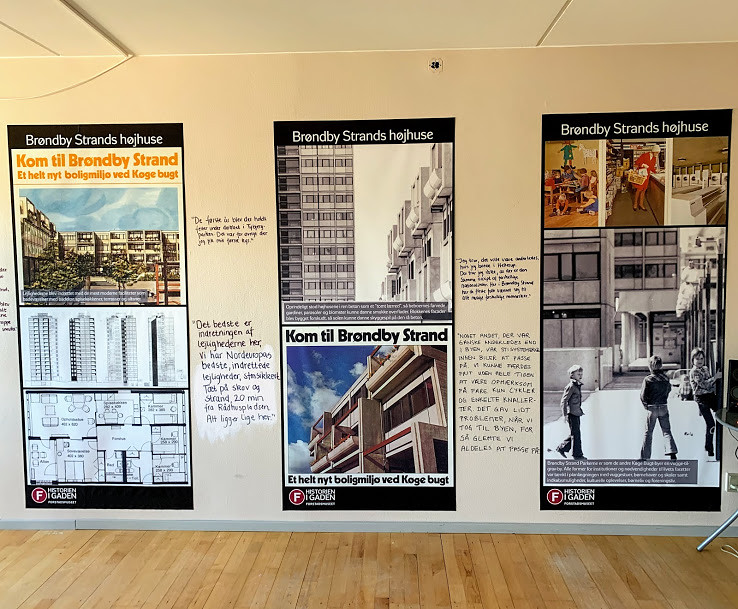 Renovation seems to have been rejected out of hand on this occasion, but given the will the top floor flats could be remodelled to offer penthouse-style accommodation, while Park Hill style experimentation could go some way to creating more positive stories. While I don’t know enough about PCBs to take that issue up (but why are only five of the 12 blocks affected?), the flat we visited was in excellent condition (and highly desirable – see the warm brown kitchen, a contrast to today’s clinical white efforts), and just contemplating the amount of CO2 generated by the demolition works makes me feel quite ill–how does it sit with the government’s climate change targets? (Update, Aug 2020: a professor agrees; more; kommune response.)

Teardowns feature throughout the contemporary Danish housing market, from blocks in so-called ghettoes aimed at increasing the amount of owner-occupied housing to post-war suburban houses now deemed too small. When the tide turns again, what will be left? 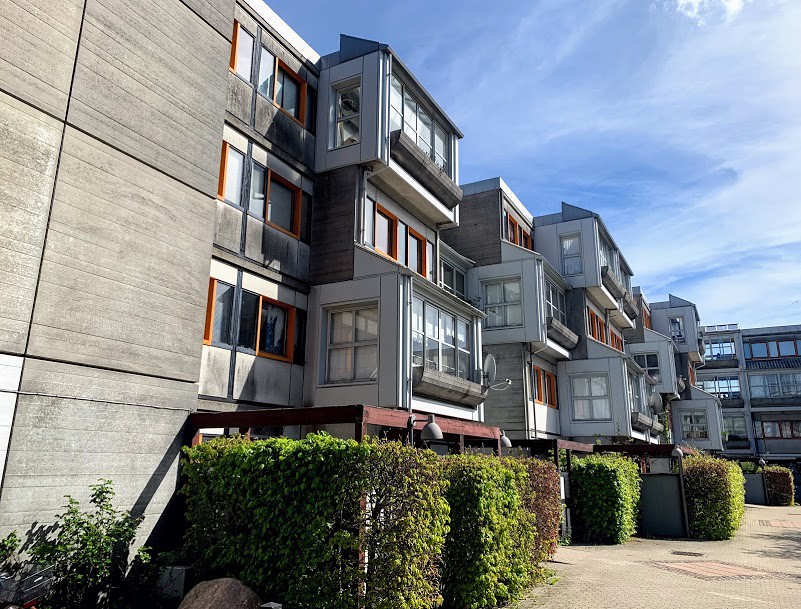