Last April we went on an extended city break to Sofia. Despite being an eastern Europe fan of many years standing I was embarrassingly ignorant of Bulgaria, the only country the other side of the Iron Curtain I hadn’t visited before.

This seems to be a recurrent problem. Kapka Kassabova (more below) calls Bulgaria “a country without a face” in the western mind, the shortest chapter in the book beginning with “an edifying sentence about its unjust obscurity”. Helpfully, her poem The travel guide to the country of your birth helps visitors get up to speed.

The Danube, Ruse and Elias Canetti

How do you starting making some connections to a country and a culture? Prior to our Hapsburg capitals trip I was able to dive head-first into my bookshelves, and this time I found more about Bulgaria than I had initially anticipated.

In a chapter in his 1986 Danube entitled ‘Doubtful cartography’ Claudio Magris reaches the Serbian border at Kladovo wondering where he is, with “geography getting vaguer and vaguer”, and maps marking places that don’t exist and not marking those which do – on that note Kladovo seems to share a border with Romania rather than Bulgaria. Only two bridges cross Bulgaria’s Danube border – the New Europe Bridge, a road and rail bridge between the cities of Vidin and Calafat, opened in 2013, while the 1954 doubledecker Danube Bridge, previously known as the Friendship Bridge, links the cities of Ruse and Giurgiu (see this 2003 blog post). At 2224 metres it was for a while the second longest bridge in Europe. Dwarfed now by The Bridge (the Øresund Link, 7845 metres, 2000) for starters, it retains the title of longest steel bridge in Europe. For completists, there is also a ferry which takes 10 minutes to cross the Danube from Silistra, the Roman Empire’s easternmost town in Europe, to Calarasi.

Jockeying for position with Czernowitz at the top of my places to visit list is now Ruse, the birthplace of Elias Canetti (on 25 July 1905), which Magris calls a “tiny reproduction of Vienna, with yellow ochre merchants houses and buildings laden with caryatids, the familiar atmosphere of hard working Mitteleuropa…the reassuring uniformity of the Danubian style”. The Romans built a fortress there in AD 70 to stand guard over the Danube, and while the town declined under the Byzantines and the Bulgarians it was restored and modernised by a Turkish governer, becoming the first station on the first railway line in the entire Ottoman empire in 1866, linking the Danube with the Black Sea at Varna. At independence Ruse was the largest and most prosperous city in Bulgaria, with the first bank in the country, known as Little Bucharest.

Canetti moved to Manchester in 1911, then in 1912 to Vienna and subsequently to Zurich, but the first 30 pages of The tongue set free (1997), his first volume of autobiography, are a paean to Ruse, then known as Ruschuk:

People of the most varied backgrounds lived there, on any one day you could hear seven or eight languages. Aside from the Bulgarians, who often came from the countryside, there were many Turks, who lived in their own neighbourhood, and next to it was the neighbourhood of the Sephardim, the Spanish Jews – our neighbourhood. There were Greeks, Albanians, Armenians, Gypsies. From the opposite side of the Danube came Rumanians…there were also Russians here and there.

Anything I susequently experienced had already happened in Ruschuk. There, the rest of the world was known as “Europe”, and if someone sailed up the Danube to Vienna [a four day journey], people said he was going to Europe. Europe began where the Turkish Empire had once ended.

Canetti’s parents were both schooled in Vienna, and the young Elias spent three summer vacations in parts of the old Austro-Hungarian monarchy: Carlsbad (now in the Czech Republic), Lake Worther (Austria) and Kronstadt (Siebenbürgen; now Brasov, Romania).  His parents conversed with each other in German, while the family vernacular was Ladino. Seven or eight languages were spoken in Ruse: “everyone understood something of each language. Only the little girls, who came from villages, spoke just Bulgarian and were therefore considered stupid.”

At the time of Magris’ visit Canetti’s house was divided into small apartments in a sort of crumbling limbo. Today it has been restored by the International Elias Canetti Society, who have produced the documentary film Ear Ohrenzeuge, “a unique walk through Elias Canetti’s childhood combined with selected excerpts (in Bulgarian and German) from his autobiographical books”.

Canetti calls Bulgaria the most unknown of the countries of the East, concluding thus:

Anyone who has seen…the spruce orderliness of Sofia and compares these with what obtains in cities or countries held up as paragons of civilisation is included to use the term ‘Balkan’ as a compliment, as others tend to employ the word ‘Scandinavian’.

Eva Hoffman’s Exit into history (1993) echoes the feeling of unfamiliarity where we came in: Bulgaria is “beyond my preconceptions and prejudices…a few exotic echoes reverberate…the real site of Shakespeare’s Illyria, and also of ancient Thrace, the country of Orpheus; it’s the crossroads of Byzantine and Ottoman and Slav influences and of old trade routes…a country beyond the periphery; a remote place…self-contained and tucked away from the contemporary main drag”. Bulgarians make up for this with the “great, vertical density of their past…the cultural ‘sense of self’ which has accumulated over centuries…a sense of their own, independent sufficiency”, with the inferiority complex found in some other eastern European countries absent.

Bulgaria has an uneasy relationship with its neighbours due to the Balkan Wars and a number of territorial handovers more often than not involving Macedonia. (Magris on The Macedonian question: for a long time Bulgaria claimed Macedonia, both politically and ethnically. The question can be summed up in the story of the many named Mr Omeric/Omerov/Omerski – his original name, Omer, was Turkish). Relations with Yugoslavia were sour during the Soviet period, while her relationship with Romania “traditionally consisted of peering over the Danube to make sure the other is doing worse”.

It’s easy to lump ‘eastern Europe’ into one, but it was largely a Cold War construct. The Balkans, the space between Vienna and Istanbul, often viewed as provincial and peripheral, has a post-Ottoman legacy in common, almost post-colonial. All rather different from ‘central’ Europe, with whom the Balkan countries share a post-Soviet culture, although their histories of transition are different.

Kapka has also written some thought provoking poetry, including the haunting line for rootless people everywhere:

Let me be a tourist in the city of my life.

Filling in more gaps is journalist Dimiter Kenarov, whose From Black to Black looks at the Danube from a rather different perspective. See too his piece on Georgi Markov, more known in English for the umbrella incident than his writing, and interview on East-Central Europe Past and Present, well worth the time of the prospective visitor to Bulgaria. 2018 update: on Julia Kristeva.

In a 2010 survey, Bulgaria came out as the unhappiest country in the world relative to income per capita. I’ll take this with the same grain of salt as Denmark’s constant chart-busting performances – you really don’t get an impression of boundless Danish joy on a day to day basis, and the Bulgarians seemed chirpy enough in the spring sunshine. In other eye popping statistics, 40% of Bulgarians smoke, and they have a flat income tax rate of 10%. The 2015 World Happiness Report, released just before we left for Sofia, showed Bulgaria in 134th place out of the 158 countries surveyed, way below any other EU country as well as the Palestinian Territories (108) and Myanmar (129).

Georgi Gospodinov‘s novel The physics of sorrow (Asymptote | New Yorker | Three Percent | 2018 interview) came out in the UK last year, translated by Angela Rodel. Echoing the happiness surveys (and perhaps Ivan Vasov, who in Under the yoke (1889) wrote that “oppression has the privilege of making people happy…when the political arena is closed, society seeks consolation in the immediate good things of life)”, this feels like a good point to conclude my pre-trip research:

Gospodinov’s tuga [sorrow] is “a longing for something that hasn’t happened…a sudden realization that life is slipping away and that certain things will never happen to you, for a whole list of reasons—personal, geographical, political. 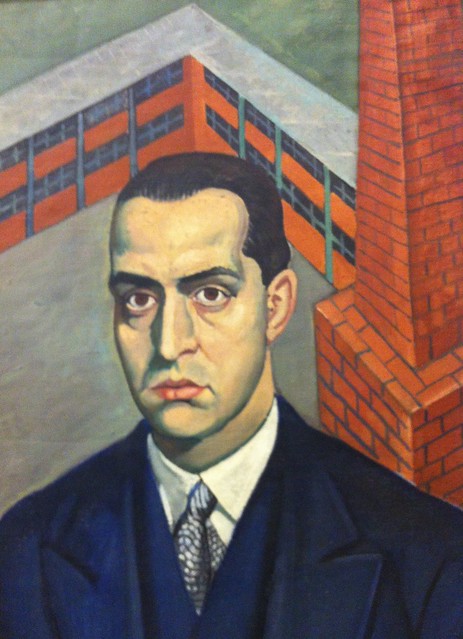