Has the Copenhagen Architecture Festival (@cpharchfest & FB) come of age? This year’s eclectic programme drew Politiken‘s critic to call for a refocus on architecture rather than all the other bits and bobs (eg this). And a new name is perhaps called for, with events spreading as far as Odense; how about Denmark does urbanism?

A renewed spatial turn saw the festival coinciding with the opening of BLOX (sic) on 6 May, of which more below, and the launch of Politiken Byrum, an excellent news service on all things urban, but with most of the content paywalled. Both seem ready to embrace a wider range of interests than the strictly architectural. There have also been sightings of a more nuanced approach in the media generally over the past year, less focused on the lovely and recognising the increasing growth of issues long encountered elsewhere, such as gentrification — time to discard some of the mantle of exceptionalism? Perhaps encounters with BLOX will lead to more self-analysis and a broader focus in future.

According to Politiken Byrum around 220 events were scheduled over the fortnight, with the over-arching theme of At huse hjem/Housing homes. New forms of living beyond the nuclear family, no longer the most widespread form of household in the land, were examined at major conferences on housing needs and post-war housing in Scandinavia. Subthemes included increasing migration to the city, increasing house prices and increasing segregation…times are certainly changing. and Copenhagen feels very different from when I moved here over a decade ago.

Tours included the traditional cycle ride with city architect Tina Saaby to the best new buildings of the year, with the new Publikums Pris won by Axel Towers, an office complex opposite Tivoli boasting a rooftop restaurant and a new perspective on public space from its walkway. 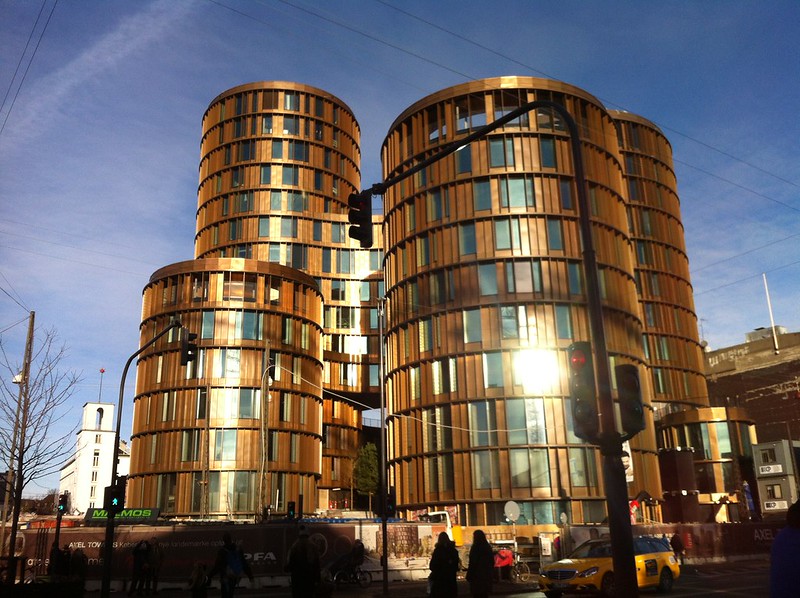 The portfolio of guided walks on offer illustrated some of Copenhagen’s current tussles with its identity, featuring ‘fringe’ areas such as Nordvest (gentrification on Rentemestervej with added street art vs industrial heritage) and Sydhavnen (the growing gulf between old and new).

The inner city’s balcony scourge also got a mention. Perhaps next year there will be space for a dissection of the typehus, bursting to the edge of its plot and surrounded by paving, the suburban equivalent of New Copenhagen Vernacular apartment blocks, so close together that they effectively close off entire areas to non-residents.

In cultural heritage corner, the Jewish Museum offered walks on immigration and diversity in Nørrebro (FB) and Jewish CPH (FB). Storrs Antikvariat looked at changing ideas of house and home with two authors, while Medicinsk Museion had a small (read: minute) exhibition on the use of its 18th century building by the Kgl. Kirurgiske Akademi, not least as flats for academicians and their families. (Famous residents included Nobel prize winning physicist Niels Bohr, who moved in at the age of one in 1886. Bohr had lifelong luck in solving his personal housing needs, spending the last 30 years of his life in residence in what is now Carlsberg Akademi.) Doubtless this is the sort of thing of which Politiken Does Not Approve.

Which brings us back to BLOX… 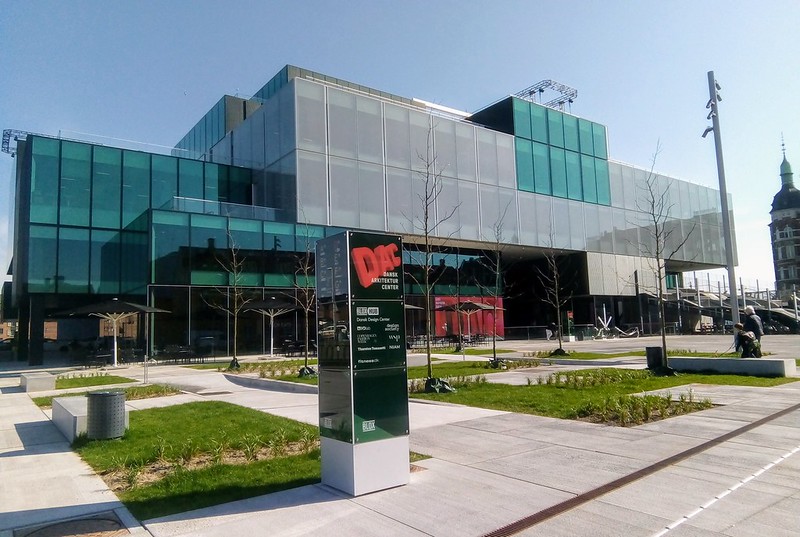 BLOX: the new and extraordinary venue for life in the city

Designed somewhat unexpectedly by Rem Koolhaas’ OMA, who won a competition way back in 2006, this does-what-it-says venue is the new home for the Danish Architecture Centre (DAC), who previously occupied an old warehouse on the wrong side of the waterfront. A multi-functional complex, the building has luxury apartments on the top and automated parking in the basement, with offices/’work desks’, a fitness centre and cafés in the middle.

Koolhaas is known for his “f*** context” provocation, and this is basically what the avalanche of critique of the building comes down to: like DAC’s new branding, it’s just not Danish enough. Even the font looks alien, for goodness sake.

Personally I don’t have a problem with any of it, but then I loved the bold approach taken to the waterfront in Koolhaas’ Rotterdam. BLOX is interesting, extending over Christians Brygge like a heap of Tupperware, with escalators and covered walkways to provide changing levels and protection from the weather. The only disappointment in my customary walk round the building was the children’s play area, which feels exposed and out of place in the heart of a big city.

Realdania, the somewhat shady fund who bankrolled the thing, have backtracked, saying they would not commission the design today, while for once the Gdn’s Olly Wainwright let me down. But six days after the opening a group of architects came with a riposte: cities do not stay static and neither are they museums; if CPH wants to compete as an international city it needs distinctive architecture; the glass facade is open to and reflects the city, etc.

And this part of the city already hosts buildings in a range of styles — BLOX practically rubs shoulders with the Black Diamond aka the Royal Library, which back in the day (1999!) also gave rise to an avalanche of critique. A stroll along the waterfront out of the city centre takes you to a section of PoMo buildings almost universally derided, but which today offer rather more than the apartment blocks shooting up in what remains of the harbour.

Of #CAFx2018, sadly, details of the events vanished from view as they happened, but PDF programmes are to be found hidden under Press. For a look at how the festival has developed over the years, see my posts for 2016 (with nods to 2014 and 2015) and 2017).